Closing the Magical Park in Hong Kong after Reopening for Weeks 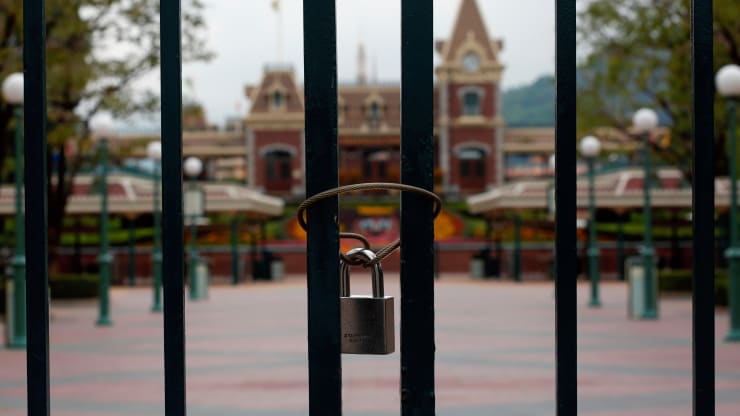 To rise in coronavirus cases in Hong Kong, Disneyland will again be closed barely a month after reopening for business.

In the wake of the government’s new restrictions to help prevent the spread of the virus, Walt Disney Co., made the announcement Monday.

According to Disney’s statement “As required by the government and health authorities in line with prevention efforts taking place across Hong Kong, the magical park of Disneyland will temporarily be closed from July 15.”

They also mentioned the subject of hotels and resorts, reporting that “The Hong Kong Disneyland Resort hotels will remain open with adjusted levels of services. They have put in place improved health and safety standards that indicate the guidance of health and government authorities, such as social distancing measures and increased cleaning and sanitization.”

After being shut down in March as one of the consequences of the pandemic, Hong Kong Disneyland reopened on June 18. Indeed, face masks and social distancing were implemented upon its reopening, and guests and cast members were submitted to temperature screenings before entering the park.

However, when 52 new cases were discovered in Hong Kong, government officials changed the regulation for group gatherings from 50 people to just four.

The decision will likely put increased and careful inspections on Disney especially now that the company is taking a beating on from social media because of reopening the Magical Kingdom and the Animal Kingdom on Saturday at Walt Disney World in Orlando, Florida. The state is the new epicenter for the virus, having reported a U.S. record for new single-day cases with 15,299 on Sunday.

“We are in a new normal,” D’Amaro – the new chairman of Disney Parks, Experiences and Products- said on Saturday. “The world is a different place, but we feel prepared to operate in this new environment.”

Protests, then a pandemic: Can Hong Kong tourism hang on?
Scroll to top