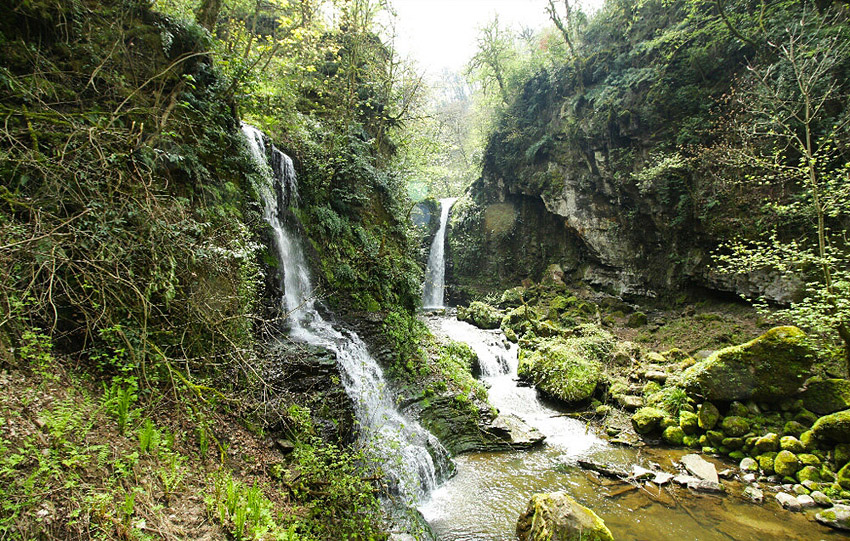 With its temperate climate and unique nature, Zomorrod waterfall in Gilan province northern Iran has the potential to become a top tourist attraction.

Zomorrod waterfall is located 45 km north of Talesh, and nine km from the Bazaar of Hawiq town, Gilan province. It welcomes tourists and climbers from all over Iran in all seasons.

Zomorrod means “emerald” in Persian. The waterfall – one of the most beautiful ones in Iran – shines like a jewel at the heart of Hawiq’s beautiful forest. Its nature and surroundings have a calming effect on visitors.

There are two nearby waterfalls in the area, also known as the Twin Falls. One is big and full, while the other is small and low in the water. The small waterfall is tiered, consisting of two steps which are four and eight meters high. The height of the big waterfall, on the other hand, is about 15 meters.

You have to go from Hawiq to Zomorrod village to reach the waterfall. The access route is downhill then, and it takes 10 to 15 minutes to walk there.