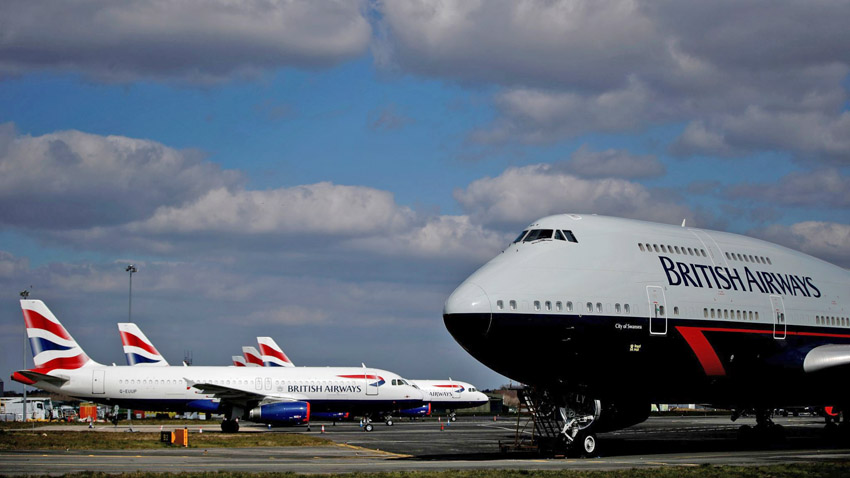 British Airways will retire its entire fleet of Boeing 747 aircraft in the wake of the Covid-19 pandemic.

As the flag-carrier seeks to shrink in size to meet falling demand for travel, all 31 planes are expected to leave the fleet in the coming months.

BA is currently the largest operator of the aircraft type in the world.

The airline had planned to retire the 747 by 2024, but the process has been accelerated.

Alex Cruz, British Airways chief executive, said: “This is not how we wanted or expected to have to say goodbye to our incredible fleet of 747 aircraft.

“It is a heartbreaking decision to have to make.

“So many people, including many thousands of our colleagues past and present, have spent countless hours on and with these wonderful planes – they have been at the center of so many memories, including my very first long-haul flight.

“They will always hold a special place in our hearts at British Airways.”

He added: “We have committed to making our fleet more environmentally friendly as we look to reduce the size of our business to reflect the impact of the Covid-19 pandemic on aviation.

“As painful as it is, this is the most logical thing for us to propose.

“The retirement of the jumbo jet will be felt by many people across Britain, as well as by all of us at British Airways.

“It is sadly another difficult but necessary step as we prepare for a very different future.”

British Airways’ predecessor BOAC first started flying Boeing 747s in the early 1970s – and the aircraft has remained popular with passengers since.

The original aircraft featured 27 first-class seats and 292 in the economy.

Initially, the upper deck, widely described as the bubble, contained a lounge, with lounge chair seating.

It was known as the ‘club in the sky’ and the aircraft also played host to the very first flatbed seat which British Airways pioneered in 1999.

The carrier is currently flying the Boeing 747-400, a wide-body, four-engine jet.

The 747-400 fits into infrastructure around the world, serving more than 210 airports, and is the world’s fastest commercial jetliner.

The British carrier added it will operate more flights on modern, more fuel-efficient planes such as the Airbus A350 and Boeing 787 Dreamliner.

According to figures from Cirium, there are currently a total of 502 Boeing 747s in service, in storage, or on order with airlines.

A total of 30 are currently used for passenger routes, while 132 are in storage.

Virgin Atlantic confirmed it retire would it is fleet of seven Boeing 747s earlier this week.

Zomorrod Waterfall One of the Most Beautiful Attractions in Iran’s Gi...
Scroll to top