Persian is an Indo-European language spoken in Iran, Afghanistan, and Tajikistan. Persian and its varieties have official language status in Iran, Afghanistan, and Tajikistan. Persian has been a medium for literary and scientific contributions to the Islamic and western cultures. For five centuries before the British colonization, Persian was widely used as a second language in the Indian subcontinent; It took prominence as the language of culture and education in several Muslim courts in South Asia and became the “official language” under the Mughal emperors.

Only in 1843 did the subcontinent begin conducting business in English.

Persian belongs to the western group of the branch of the Iranian languages of the Indo-European language family and is of the Subject, Object, Verb type. Contrary to what western citizens sometimes think, it is not a Semitic language. the western Indo-Iranian group contains other related languages such as Kurdish. 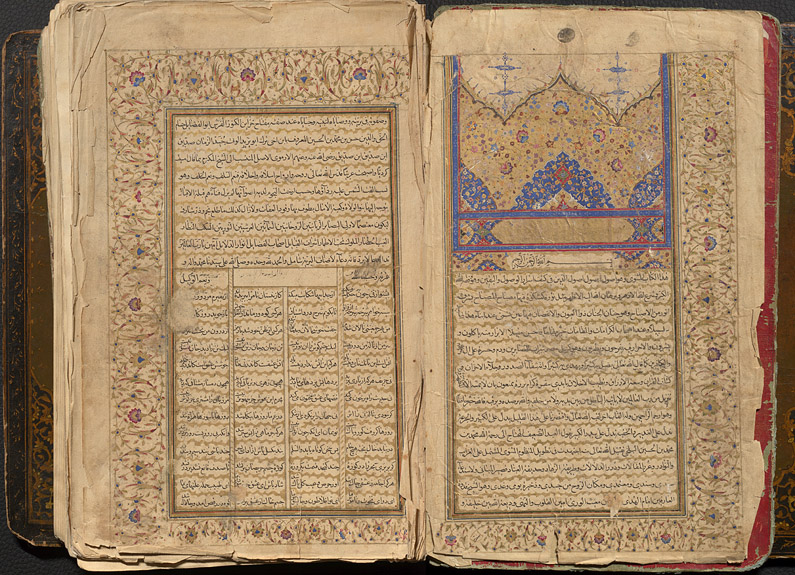 Persian, the more widely used name of the language in English, is an Anglicized form derived from Latin Persianus < Latin Persia < Greek Πέρσις Pérsis, a Hellenized form of Old Persian Pārsa. According to the Oxford English Dictionary, the term Persian seems to have been first used in English in the mid-16th century. native Persian speakers call it “Farsi” (local name) or Pārsi. Fārsi is the Arabicized form of Pārsi, due to a lack of the /p/ phoneme in Standard Arabic.

In English, this language is historically known as “Persian”. In recent times “Farsi” is encountered frequently in the linguistic literature as a name for the language, used both by Iranian and by foreign authors. however, the Academy of Persian Language and Literature has declared in an official pronouncement that the name “Persian” is more appropriate, as it has the longer tradition in the western languages and better expresses the role of the language as a mark of cultural and national continuity.

Persian literature spans two and a half millennia, though much of the pre-Islamic material has been lost. its sources sometimes come from far-flung regions beyond the borders of present-day Iran, as the Persian language flourished and survives across wide swaths of central Asia. the Ghaznavids conquered large territories in Central and South Asia and adopted Persian as their court language. there is thus Persian literature from areas that are now part of Afghanistan, Pakistan, India, and central Asia. Surviving works in Persian languages (such as Old Persian or Middle Persian) date back as far as 650 BC, the date of the earliest surviving Achaemenes inscriptions. the bulk of the surviving Persian literature, however, comes from the times following the Islamic conquest of Persia circa 650 CE.

After the Abbasids came to power (750 CE), the Persians became the scribes and bureaucrats of the Islamic empire and, increasingly, also its writers and poets. Persians wrote both in Arabic and Persian; Persian predominated in later literary circles. Persian poets such as Sa’adi, Hāfez, rūmi, and Omar Khayyām are well known in the world and have influenced the literature of many countries. 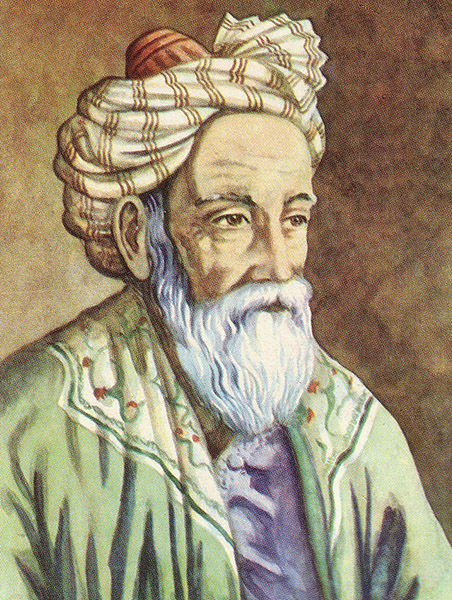 Few literary works remain from ancient Persia. Most of these consist of the royal inscriptions of Achaemenes kings, particularly Darius i (522–486 BC) and his son Xerxes. Zoroastrian writings mainly were destroyed in the Islamic conquest of Persia. the Parsis who fled to India, however, took with them some of the books of the Zoroastrian canon, including some of the Avesta and ancient commentaries (Zend) thereof. Some works of Sassanid geography and travel also survived albeit in Arabic translations.

While initially overshadowed by Arabic during the Umayyad and early Abbasid caliphates, modern Persian soon became a literary language again of the Central Asian lands. the rebirth of the language in its new form is often accredited to Ferdowsi, Unsuri, Daqiqi, Rudaki, and their generation, as they used pre-Islamic nationalism as a conduit to revive the language and customs of ancient Persia. in particular, says Ferdowsi himself in his Shahnama: “For thirty years, I endured much pain and strife, with Persian I gave the Ajam verve and life”.

So strong is the Persian aptitude for versifying everyday expressions that one can encounter poetry in almost every classical work, whether from Persian literature, science, or metaphysics. In short, the ability to write in verse form was a pre-requisite for any scholar. For example, almost half of Avicenna’s medical writings are in verse. The thirteenth-century marks the rise of mystical and Sufi poetry. Some of Persia’s best-beloved medieval poets were Sufis, and their poetry was, and is, widely read by Sufis from Morocco to Indonesia. Rumi (Maulānā) in particular is renowned both as a poet and as the founder of a widespread Sufi order. The themes and styles of this devotional poetry have been widely imitated by many Sufi poets. Many notable texts in Persian mystic literature are not poems, yet highly readable and regarded. Among those are Kimiya-Yi Sa’ādat and Asrar al-Tawhid.

One Thousand and One Nights is a medieval Persian literary epic that tells the story of Scheherazade (Shahrzād in Persian), a Sassanid queen who must relate a series of stories to her malevolent husband, king Shahryar (Šahryār), to postpone her death. The stories are told throughout one thousand and one nights, and every night she ends the story with a suspenseful situation, forcing the king to keep her alive for another day. The individual stories were created over many centuries, by many people and in many styles, and many have become famous in their own right. Notable examples include Aladdin, Ali Baba, and the Forty Thieves, and The Seven Voyages of Sinbad the Sailor. The nucleus of the stories is formed by a Pahlavi Sassanid Persian book called hazār Afsānah (Thousand Myths), a collection of ancient Indian and Persian folk tales.

Persian Literature in the West

Persian literature was little known in the west before the nineteenth century. It became much better known following the publication of several translations from the works of late medieval Persian poets, and it inspired works by various western poets and writers.

In 1819, Goethe published his west-östlicher divan, a collection of lyric poems inspired by a German translation of Hafiz (1326– 1390). The German essayist and philosopher Nietzsche was the author of the book Thus Spoke Zarathustra (1883–1885),[5] referring to the ancient Persian prophet Zoroaster (circa 1700 BC).

A selection from Ferdowsi’s Shahnameh (935–1020) was published in 1832 by James Atkinson, a physician employed by the British East India company. A portion of this abridgment was later versified by the British poet Matthew Arnold in his 1853 Rustam and Sohrab. The American poet Ralph Waldo Emerson was another admirer of Persian poetry. He published several essays in 1876 that discuss Persian poetry: Letters and Social Aims, From the Persian of Hafiz, and Ghaselle. Perhaps the most popular Persian poet of the nineteenth and early twentieth centuries was Omar Khayyam (1048–1123), whose Rubaiyat was freely translated by Edward Fitzgerald in 1859.

Khayyam is esteemed more as a scientist than a poet in his native Persia, but in Fitzgerald’s rendering, he became one of the most quoted poets in English. Khayyam’s line, “A loaf of bread, a jug of wine, and thou”, is known to many who could not say who wrote it, or where. The Persian poet and mystic Rūmi (1207–1273) (known as Molānā in Iran) has attracted a large following in the late twentieth and early twenty-first centuries. Popularizing translations by Coleman Barks have presented Rumi as a New Age sage. There are also several more literary translations by scholars such as A.J. Arberry. The classical poets (Hafiz, Sa’di, Khayyam, Rumi, Nezāmi, and Ferdowsi) are now widely known in English and can be read in various translations. Other works of Persian literature are untranslated and little known.

During the last century, numerous works of classical Persian literature have been translated into Swedish by baron eric Hermelin. He translated works by, among others, Farid al-din Attar, Rumi, Ferdowsi, Omar Khayyam, Sa’adi, and Sana’i. Influenced by the writings of the Swedish mystic Emanuel Swedenborg, he was especially attracted to the religious or Sufi aspects of classical Persian poetry. More recently Rumi, Hafiz, and Fakhruddin’s Iraqi are available in translation by Ashk dahlén, the scholar in Iranian Studies, who has made. 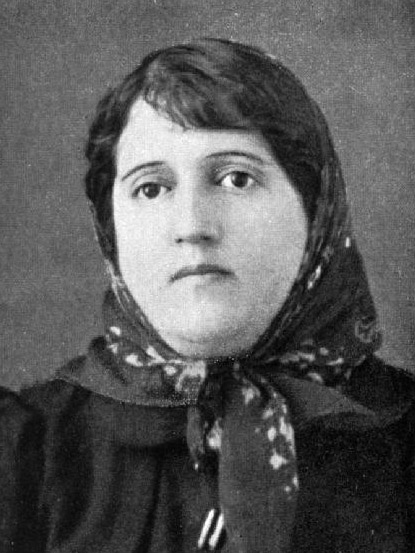 A few notable classical poets have arisen since the nineteenth century, among whom Mohammad Taghi Bahār and Parvīn E’tesāmī have been most celebrated. Mohammad Taghi Bahār had the title “king of poets” and had a significant role in the emergence and development of Persian literature as a distinct institution in the early part of the twentieth century. The theme of his poems was the social and political situation of Iran. Parvīn E’tesāmī may be called the greatest Persian poetess writing in the classical style. One of her remarkable series, called Mast VA Hoshyār (The drunk and the Sober), won admiration from many of those involved in romantic poetry.

Nīmā Yūshīj is considered the father of modern Persian poetry, introducing many techniques and forms to differentiate the modern from the old. Nevertheless, the credit for popularizing this new literary form within a country and culture solidly based on a thousand years of classical poetry goes to his few disciples such as Ahmad Shāmlū, who adopted Nīmā’s methods and tried new techniques of modern poetry.