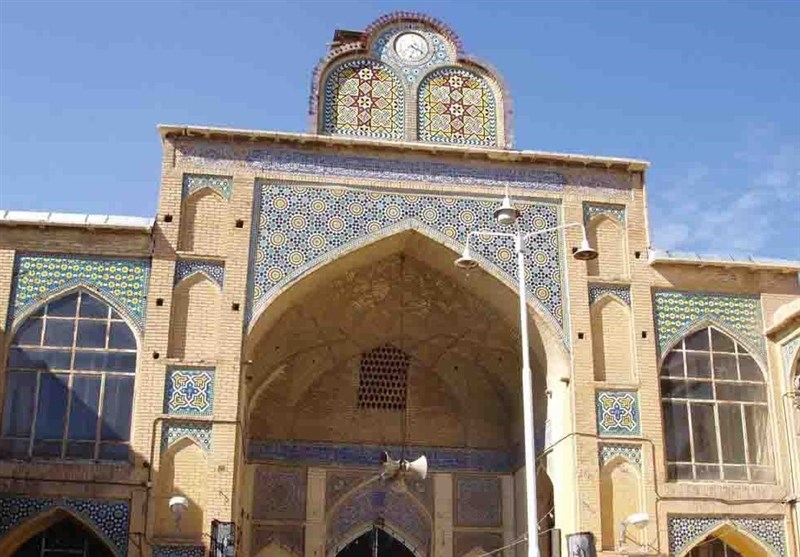 The name of Masjed-e Nou (new mosque) in Shiraz was the Atabak Mosque in older times. However, since it was damaged several times in the years 1789 CE and 1852 CE by severe earthquakes, and was rebuilt, it became known as a new mosque.

It is located in Shiraz، in Iran’s southern province of Fars.

If the area covered by the buildings which form the domes، pillared halls and colonnades of the mosque are included with the compound، the total area will be 19،599.78 square meters.

The first building was established by Atabak Sa’d bin Zangi، ruler of Fars، in 1201 CE and was completed in 1218 CE.

Lofty porches (iwan) have been built on all four sides of the mosque. Those on the north and south are flanked by a colonnade of 12 arches of smaller proportions، but the eastern and western porches are flanked by six arches on either side. There is a great and wide pillared hall behind the southern porch ― used for prayer and preaching in the summer.

The present mosque is devoid of all decoration and faience that is worth noticing، but from the point of architecture, the barreled roofs، and especially the porches with their great height attract attention and are impressive. It may be supposed that the original building was decorated with colored tiles، which were destroyed by several earthquakes، and that subsequent builders did not concern themselves with replacing the faience.

Nou Mosque attracts the Sun in the winter، and has shade and pleasant air in the summer. The old plane trees in the middle of the mosque add to the cool and fresh atmosphere.

As the author of the Farsnameh-ye Naseri writes، this mosque has been repaired and restored several times. It was repaired upon the order of Shah Navaz Khan، chief minister of the Deccan in India، in 1586 CE. About 180 years later، Sadeq Khan ―the brother of Zand King Karim Khan ―renovated the mosque. Afterward ، the mosque was destroyed by a severe earthquake. Ali Akbar Qavam-Ol-Molk Shirazi undertook the restoration in 1854 CE.

Atabak Sa’d bin Zangi، the builder of the Nou Mosque is the same ruler who built a mosque around the tomb of Cyrus in Pasargad، where the lintel stone over the main entrance still bears the date and name of the builder، but the other parts have been demolished.