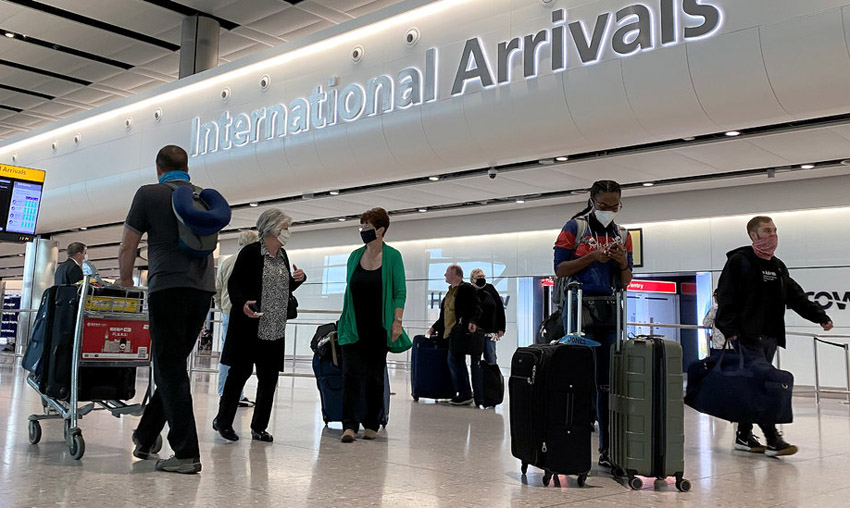 The Covid-19 pandemic in the UK was accelerated by critical errors in the approach to border measures taken by the government.

That is the view od a new report from the Home Affairs Committee, which has been examining how prepared the country was the outbreak.

The cross-party report says the government is right to include Spain in the current quarantine arrangements but criticizes handling and calls for improvements in way travel corridor decisions are made.

The inquiry considered all of the government’s decisions on border measures – from the early quarantine of 273 people largely from Wuhan, through the voluntary self-isolation measures applied to travelers from specific countries (including China, Iran, and Italy) in February and early March.

This was followed by the lifting of all border measures on March 13th, to the introduction of mandatory quarantine in June, followed by travel corridors and the most recent decision to reintroduce quarantine for Spain.

Drawing on evidence that thousands of people with Covid-19 arrived in or returned to the UK in February and March, the committee concludes the UK experience of Covid-19 has been “far worse” as a result of the decision not to require quarantine during March

This would have reduced the number of imported infections, the committee argues.

Publishing the report, chair of the committee, Yvette Cooper, said: “Covid-19 is a global pandemic, so all countries need to be able to use border measures at different times to prevent it spreading and to save lives – the consequences of failing to do so are very serious for both public health and the economy.

“The government’s failure to have proper quarantine measures in place in March as the infection was spreading fast was a grave error and meant Covid-19 spread faster and reached more people.

“The UK was almost unique in having no border checks or quarantine arrangements at that time.

“That alone should have rung loud alarm bells for ministers and made them think again.”

The committee is particularly critical of the decision on March 13th to remove all self-isolation guidance for travelers arriving in the UK at a time when other comparable countries were strengthening their border measures.

At this time, hundreds of new Covid-19 cases were arriving every day – particularly from Spain, Italy, and France, including many British residents returning home.

The committee was unable to find any scientific evidence to justify this “inexplicable” decision and says that the failure to have any special border measures in place in mid-March was a “serious error”.

It also found that the decision not to include Spain in the earlier country-specific measures in late February was a mistake as doing so could have slowed the virus spread.

Cooper added: “Many times ministers told us they were following the science, but we cannot find any science at all behind their completely inexplicable decision to lift all the self-isolation guidance for travelers on March 13th a full ten days before lockdown, just at a time when other countries were introducing stronger border measures.

“We were told that thousands of more people with Covid-19 came back to the UK after that guidance was lifted.

“So in the middle of March, at a time when the number of people with Covid-19 coming back into the UK was at its peak, they were going back to work or onto public transport or seeing family without any quarantine in place.”