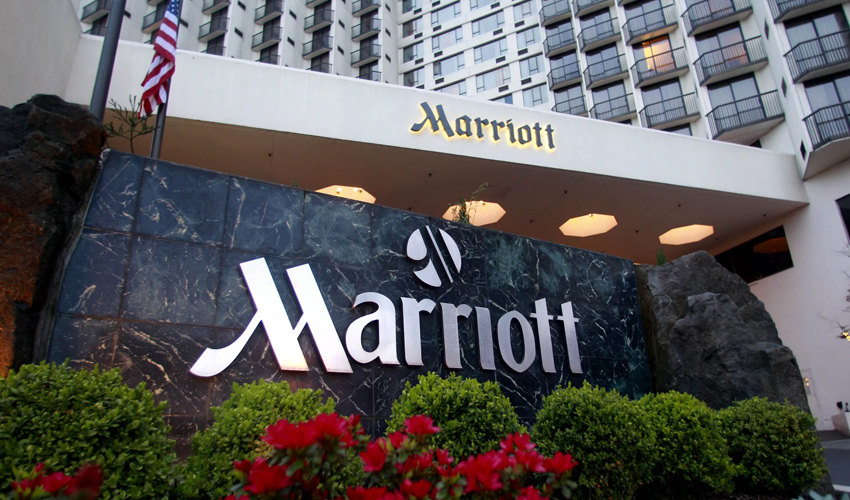 Marriott International has reported a second-quarter net loss of $234 million, compared to a net income of $232 million in the same period a year ago.
The second-quarter adjusted net loss totaled $210 million, compared to the second quarter 2019 adjusted net income of $525 million.
Comparable system wide constant dollar RevPAR declined 84.4 percent worldwide during the period, or 83.6 percent in North America, and 86.7 percent outside North America.
Arne Sorenson, president, and chief executive officer of Marriott International, said: “While our business continues to be profoundly impacted by Covid-19, we are seeing steady signs of demand returning.
“Worldwide RevPAR has climbed steadily since its low point of down 90 percent for April, to a decline of 70 percent for July.
“Worldwide occupancy rates, which bottomed at 11 percent for the week ended April 11th, have improved each week, reaching nearly 34 percent for the week ended August 1st.
“Currently, 91 percent of our worldwide hotels are now open compared to 74 percent in April, and 96 percent are open today in North America.”
Rival Accor took a similar tone to release its results last week, acknowledging losses but arguing the worst might have passed.
Marriott said, as of the end of the second quarter, company net liquidity totaled approximately $4.4 billion, representing roughly $2.3 billion in cash and cash equivalents, and $2.9 billion of unused borrowing capacity under its revolving credit facility, less $0.8 billion of commercial paper outstanding.
“Greater China continues to lead the recovery,” continues Sorenson.
“As of early May, all our hotels in the region are open, and occupancy levels are now reaching 60 percent, compared to 70 percent the same time last year, and a marked improvement from single-digit levels in February.
“The improvement we have seen in Greater China exemplifies the resilience of travel demand once there is a view that the virus is under control and travel restrictions have eased.
“Our other regions around the world have also experienced steady improvements in demand and RevPAR over the last couple of months, though the pace varies and tends to be slower in regions that depend more on international travelers.”
Marriott said it has a strong pipeline of upcoming hotels, featuring approximately 510,000 rooms, 45 percent of which are under construction.
Sorenson concluded: “While the full recovery from Covid-19 will take time, the current trends we are seeing reinforce our view that when people feel safe traveling, demand returns quickly.”

Jet2.com to return to Cyprus next week