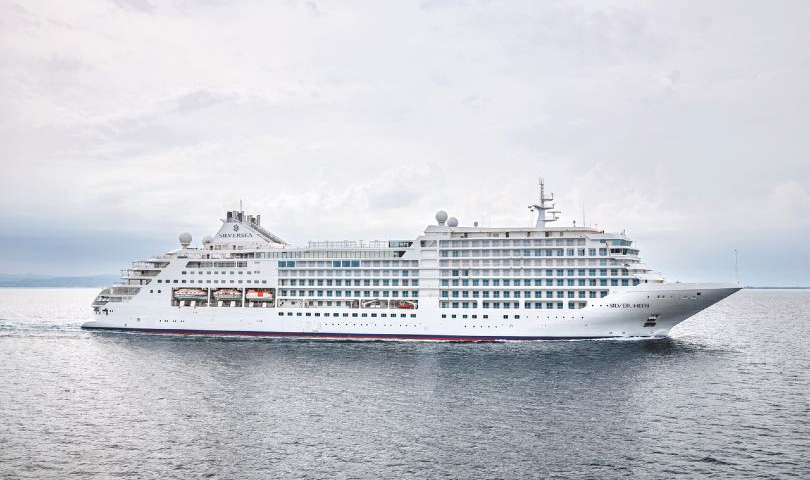 Silver Moon is one step closer to welcoming her first guests, having successfully carried out her sea trials earlier this month.

Carrying a reduced crew of approximately 320 due to precautionary health protocols, the new Silversea vessel journeyed between Fincantieri’s shipyards in Ancona and Trieste, Italy, undergoing a week-long dry-dock period in the latter.

With a delivery date set for the end of October, Silver Moon will become the second ship to join the fleet in 2020, following the delivery of Silver Origin in June.

Silversea’s senior officers, external engineers, and representatives from both Fincantieri and the Royal Caribbean Group put Silver Moon through a series of preliminary tests in the Adriatic Sea – including noise, and vibration tests – for three days from August 8th.

Once Silver Moon was out of the water in Trieste, stability tests were performed; public spaces were inspected; and engineers applied the finishing touches to the ship’s exterior, including the cleaning and painting of the hull, and the polishing of the ship’s brass propellers.

Secondary tests, including speed tests, were then carried out on the return sailing from Trieste to Ancona.

Work has now recommenced on the ship’s interior, ahead of the vessel’s official delivery.

The sister ship of Silversea’s Silver Muse, Silver Moon represents the latest accomplishment in the cruise line’s long-standing partnership with the shipbuilder Fincantieri.

During the peak months of Silver Moon’s construction in Ancona, over 1,000 skilled professionals were working on the ship simultaneously, with over 390 companies contributing to the build.

With over 20 years of experience at Silversea Cruises alone, captain Alessandro Zanello was at the helm for the launch of Silver Moon’s sister ship, Silver Muse, back in 2017, and was also present for the sea trials of Silver Spirit in 2009.

Said Zanello: “As my third with Silversea, I must say that Silver Moon’s sea trials felt a little surreal after everything that happened in the months prior,”

“I was originally scheduled to travel to the shipyard in Ancona in April.

“I was with family in Canada at the time.

“Unfortunately, there were no flights from Canada to Ancona, so I was unable to reach the ship until July.

“The sea trials themselves felt special, indeed, and were held in unique circumstances.”

Surveys Show That 42.5 Million Americans Are Predicted to Take a Road-Trip Over...
Scroll to top