Germany seeks to delay the opening of European ski resorts 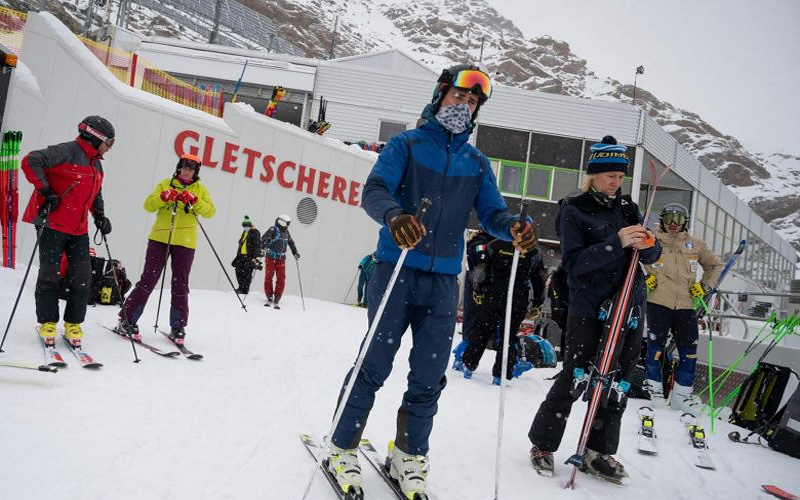 Authorities in Germany are seeking to keep ski resorts in Europe closed until early January as part of the battle against Covid-19.

“I will say this openly that it will not be easy, but we will try,” chancellor, Angela Merkel, said after speaking to regional leaders earlier.

The news came as the country extended its partial lockdown until December 20th.

Some of the early European coronavirus hotspots were at ski resorts, helping spread infections across the continent.

Italian Prime Minister Giuseppe Conte has already backed delaying the start of the ski season but has stressed the need for a European solution.

“If Italy decided to shut down all its ski lifts without any support from France, Austria, and the other countries, then Italian tourists would risk going abroad and taking the contagion back home,” said in an interview.

Many Italians head for the slopes over the Christmas and New Year break and the period is a vital part of the local economy for ski resorts across Europe.

President Emmanuel Macron made clear on Tuesday that ski resorts in France would stay shut until the New Year.

Switzerland is not in the European Union and, unlike other Alpine destinations, its ski resorts are already open, so skiers unable to spend their winter breaks in neighboring countries could head there instead.

Austria has also raised concerns over the plan.

He explained: “We take the health of our guests and staff very seriously.

“Bergbahn Kitzbühel has taken all necessary measures and activities to protect the health of its customers in line with the regulatory requirements relating to the development of Covid-19.

“Skiers will have more space at the ticket offices, in the winter cable cars and lifts, inns and mountain restaurants.

“Protective masks are available at each ticket office to cover mouth and nose during the lift ride.

“Dispensers of sanitizer are also available there.

“Last but not least, of course, we all hope for a vaccine against Covid-19 within the next six a month.”

Future Travel Plans Could Be a Priority; Let’s Go There, Together!