Introduction of Iran Ministry of Petroleum and Its Four Main Companies

The Iranian petroleum industry is a large and vastly developed industry with highly rated and valuable resources and capabilities as evidenced by a review of the following data and general information: NIOC controls huge deposits of crude oil from which over 130.798 billion barrels can be exploited in the form of primary and secondary recoveries.

The huge reserves of natural gas put Iran in the second place, in terms of the natural gas reserve quantity, among other countries, only next to the Russian Federation, with an estimate of proven reserve quantity close to 23 Bcm. There are, at present, eight refineries and one refinery complex in the country with a total refining capacity of over 1,5 Mb/d. The abundance of basic material, like natural gas, in the country provides favorable conditions for the development and expansion of petrochemical plants.

Thus NIPC has succeeded in recent years in producing a wide range of petrochemicals and increasing its production, in terms of quantity, to a new level. 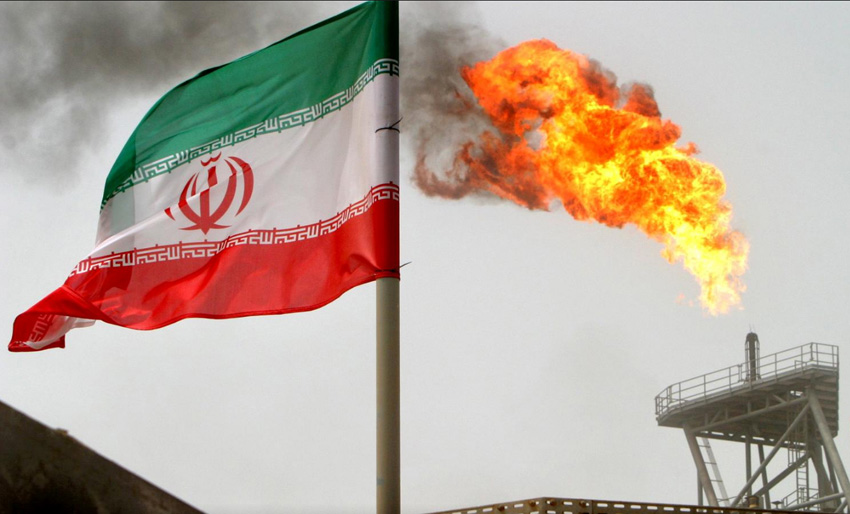 The point worth noting in categorizing and classification of the functions and responsibilities entrusted in the Ministry of Petroleum is the importance attached to the nature of operations, in terms of upstream and downstream activities, in making the said changes. By considering this important criterion, most operations of the petroleum industry are undertaken and conducted, at present, by four main companies as follows:

Having 10% and 18% of the world’s oil and gas reserves respectively, Iran was the OPEC’s second-largest oil producer in the Iranian year (ending late March 2008). The country also enjoys an outstanding status in meeting the world’s energy demands with a production capacity of over 4 million barrels of crude oil per day. It is expected that Iran will supply over 12% of the world’s hydrocarbon productions by the next 20 years.

Possessing huge reserves of hydrocarbons, NIOC is considered one of the world’s four giant oil companies. For the time being the in-place oil and gas of the company are estimated at over 137 billion barrels of crude oil and 28 trillion cubic meters of gas.

NIOC managed to increase 2,840 million barrels of crude oil, 1,045 billion cubic meters of gas, and 898 million barrels of NGL and condensates to the country’s in place reserves by developing its explorations of 5 oil and gas fields in the year ending late March 2008.

While cooperating with its own subsidiary companies, managements, and organizations with a non-focusing policy and distributing its authority to different sections, NIOC has supervised and managed the country’s oil industry activities and has taken great steps toward establishing economic agencies. This has enabled the company to fund its financial resources of development projects, to improve its technology in exploration, production, and drilling activities, and to provide equipment independent of the country’s budget.

Attaining self-reliance in running the industry, achieving localized expertise in the oil industry as well as other sciences related to oil and gas reserves, domestic construction of different facilities and equipment, and producing various types of products, are among the major achievements in the country’s oil industry. 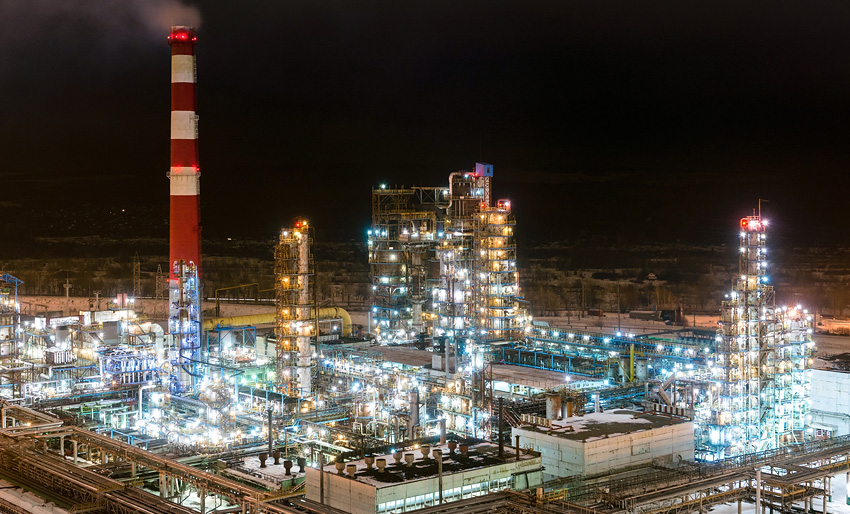 NIGC was established in 1965 as one of the four principal companies affiliated with the Ministry of Petroleum of the Islamic Republic of Iran. This Company from the beginning of establishment up to now, appropriate to socioeconomic development growth and utilizing natural gas as one of the important sources in supplying fuel and energy production and obtaining some part of the required exchange, has gradually achieved various capabilities, competences, resources, and possibilities including specialized and efficient manpower with theoretical and actual insight and knowledge as well as numerous advanced workshops, machinery equipment, and tools to arrange companies operations.

At present, NIGC as one of the most reliable gas companies endeavor widely in international aspects, besides internal activities and supplying industrial fuels, power plant and household consumers, although complied extensive planning was scheduled to procure the main part of required foreign currency for the country by gas exporting and investment to help the industrial development, by utilizing experts and professional in different sectors.

NIPC, a subsidiary of the Iranian Petroleum Ministry, is responsible for the development and operation of the country’s petrochemical sector. Founded in 1964, NIPC began its activities by operating a small fertilizer plant in Shiraz. Today, NIPC is the second-largest producer and exporter of petrochemicals in the Middle East. Over these years, it has not only expanded the range and volume of its products, but it has also taken steps in areas such as R&D to achieve more self-sufficiency.

Two special economic zones on the northern coast of the Persian Gulf have been developed to be home to the NIPC’s new project. These two zones enjoy good access to feedstock, infrastructural facilities, local and international markets, and skilled manpower. The Fourth Five-Year Plan (10 – 2005) calls for a fourfold expansion of petrochemical output, to 56 million tons per year. Iran’s petrochemical industry dates back to 1963. The first petrochemical complex to produce fertilizer kicked off then. In 1977 (considered as initial development in Iran petrochemical industry) Razi, Abadan, Kharg, Farabi, Bandar Imam, complementary phase of Shiraz and Iran Carbon of Ahwaz petrochemical units were put into operation in that year.

From 1989 till 1999 the petrochemical industry started to reconstruct and revitalize. Isfahan, Arak, Khorasan, Orumiyeh, and Tabriz Petrochemical complexes were constructed and Bandar Imam Petrochemical Complex was also developed. This happened at the end of the Country Second Development Plan and country petrochemical products surpassed 12 million tons per year. The fourth period -called the stabilizing and sudden growth period- started in 1999 and has been continued till now.

NIORDC was established in 1991, as one of the four main subsidiaries of the ministry of petroleum. NIORDC was established on the principle of separating up-stream activities. It has 19 subsidiaries and affiliated companies, including 9 oil existing refineries. It offers its services using 22,000 experienced employees. Because of the increasing demand for petroleum, NIORDC is up to perform expanding, upgrading, and optimizing projects for the existing refineries, and constructing new refineries. In addition to crude oil refining, NIORDC’s activities are also focused on engineering, construction, and transportation which are embodied into three major subsidiaries: NIOPTC, NIOPDC, and NIOEC. 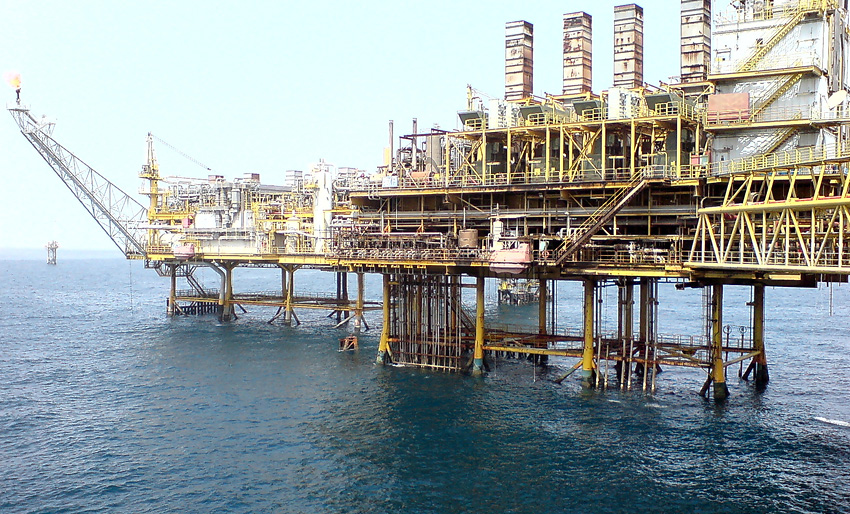 The giant South Pars field is a natural gas condensate field located in the Persian Gulf. It is the world’s largest gas field, shared between Iran and Qatar. This gas field covers an area of 9700 square kilometers, of which 3700 square kilometers (South Pars) is in Iranian territorial waters. The field contains 1800 Tcf (51 Tcm) gas in place and 56 billion barrels of condensate in place in both parts. The South Pars field is the name of the northern part, which is located in Iranian waters and the North Dome is the name of the southern part, which is located in Qatari waters.

South Pars Field was discovered in 1990 by NIOC. Gas production started from the South Pars field by commissioning the development phase 2 in December 2002 to produce 1bn cf/d of wet gas. Iranian sections contain 500 Tcf (14 Tcm) of gas in place and around 360 Tcf (10.1 Tcm) of recoverable gas.

The PSEEZ (Pars Special Energy/Economic Zone) as it is known has been allocated 100 square kilometers of land at Asaluyeh for the various complexes and facilities of the field. The site is a collection of different plants and refineries (known as “phases”) of the giant South Pars gas field and is administered by the PSEEZ agency onsite.

A total of 28 phases are envisaged, plus a mix of light and heavy industry, and associated support facilities such as factories and warehouses. The scale of the project is huge. Some 28 refineries and 25 petrochemical complexes are scheduled to be established in Asalouyeh, in southern Bushehr province. Asalouyeh also transcribed Assalouyeh and Assaluyeh, and sometimes prefixed by Bandar (Port in the English Language), meaning port, is a town in southern Iran, in Bushehr Province. Located on the shore of the Persian Gulf some 270 km SE of the provincial capital of Bushehr, it is best known as the site for the land-based facilities of the huge PSEEZ project.

Asalouyeh was chosen as the site of the PSEEZ facilities due to it being the closest land point to the largest natural gas field in the world, the South Pars Gas-Condensate field. Besides, an existing airport and direct access to international waters via a deepwater port were already present.

Germany seeks to delay the opening of European ski resorts

Ministry of Energy of Islamic Republic of Iran
Scroll to top