Champs-Elysees in Paris Is to Be Transformed 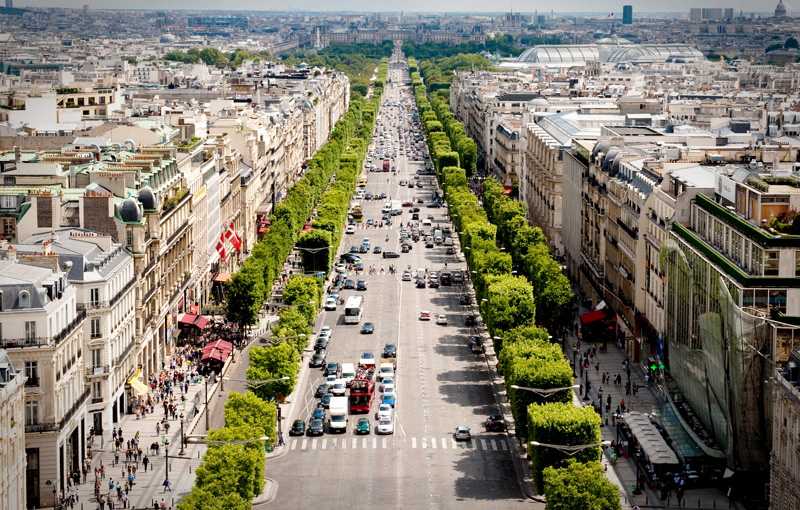 Anne Hidalgo Paris’ Mayor has granted permission for a major renovation of Paris’ famous boulevard, Champs-Elysees, which runs between the Arc de Triomphe and the Place de la Concorde.

This makeover project is going to transform the area into a more pedestrian-friendly thoroughfare while making it look greener. All of this is to bring back the luster lost over recent years.

PCA-STREAM, Philippe Chiambaretta’s architectural firm, has drawn up plans to reduce the street’s vehicle traffic which by now has eight lanes. He intends to put up wider sidewalks enclosed by more greenery. The architect called this second part of his plan “creating planted living rooms”.

The Champs-Elysees committee, a local group that works to develop and uphold the area, started to work on proposals to breathe new life into the district three years ago. This committee said, in the January 10th Newspaper Le Journal du Dimanche, “The mythical avenue has lost its splendor over the last 30 years. It has been progressively abandoned by Parisians and has suffered several crises: the gilets Jaunes, strikes, the health and economic crisis.”

Anne Hidalgo revealed that the project’s first step will be to tackle the Place de la Concorde’s makeover, and it is going to be complete before Paris hosts the 2024 Olympic games. The rest of the thoroughfare will be undertaken only have the games have concluded.

Paris authorities are also working on a plan for a broader renewal of the city before the 2024 Olympics takes place by borrowing somewhat from the city’s “Reinventing Paris” urban renewal campaign, which was launched back in 2014. Such projects include a large-scale cleanup of the Seine river and the greening of the Eiffel Tower.

Defiantly, the 2024 Olympics worked as a motivation for Paris’ Mayor and other committees involved. Probably we will see a new figure for this very old and popular city.

A Weeklong Stay for just One Movie Lover