The Islamic Republic of Iran, as an ancient and historical country that benefits from the great bliss of god in its culture, arts, and history fields were the first that suggested civilizations dialogue, which is, in fact, a display of culture and history of nations, with the aim of growth of sympathy and interaction in presenting an approach for the freedom of man from positivism. By having three main cores: culture, history and arts, the Cultural Heritage, Handicrafts and Tourism Organization and mixing the historical and cultural reminding with arts and handicrafts, has started its fast and integrated move to safeguard artistic wealth and values of the human being. In this sense, tourism as a linking chain of culture with arts and handicrafts could play a very important role in the improvement of peace and friendship among nations.

Since ancient times, taking journeys and trips has been a way to acquire knowledge, experience, and fulfill the adventurous and challenging attitude of men. Now it seems that growth of mind and thought of man and changes made in his perspective towards life would require taking other options for the scattered mind of people. From old-time-old-time, hospitality, linking people, and sympathy has been among significant characteristics of eastern people, and the Islamic Republic of Iran with its warm and hospitable people has already taken a special position in this. As the representative of the government and nation of the Islamic Republic of Iran, we invite people of the world and fans of culture.

History and handicrafts to travel to the vast and interesting country of Iran and while noticing activities which have been already carried out in cultural heritage, handicrafts, and tourism scopes and see one of the most attractive and historically famous countries of the world, and open their realistic eyes to the pure and clear river of truth and kindness. we are sure that a journey to the Islamic Republic of Iran will bring to you the most remembering time and will give you a useful atmosphere for more perception and understanding of human and moral values.

The province is located in the northwest of Iran neighboring the Azerbaijan Republic. The climate conditions and fertile soil have caused most of its population to be involved in farming and husbandry. To Iranian people, this province evokes the memories of sweet honey from Mount Sabalan, hot water springs of Sarab and Sarein, and the simplicity and freshness of its natives. Travel to Ardabil to feel cool in the heat of summer, to listen to Azari music, and to gain a deeper knowledge of its culture.

Uzbeki which is one of the monuments of the Ahmadabad district in Nazar-Abad is located in the 8oth km the west of Tehran. Some parts of this 9000 years, historical area were studies and consequently identified by Iran studies and consequently identified by Iran archaeology center in 1969. The monument with the number of 955 was registered in 1973.

The caravanserai which is placed at the beginning of Hashtgerd road belongs to the Safavid period. The building has got the same for the village. The place had been a center for leisure and relation. 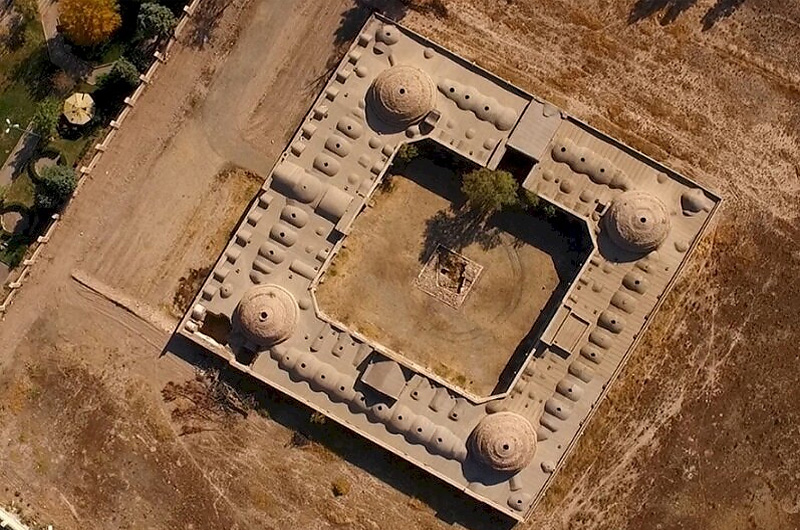 The natural and historical attractions of Karaj- Chalous tourism route

Karaj- Kandovan tourism route is amongst the most beautiful routes from the view of tourism in the country and is one of the main routes for traveling to the green area of the north. As you travel along this beautiful route, you will enjoy lovely scenes of Amir Kabir dam, Gachsar tulip garden, Shahrestanak palace, Meidanak tower, the shrine of Hossein Goorab, a descendant of prophet of Islam (peace be upon him), Dizin and Khour ski resorts, natural sceneries and so many tunnels.

Shahrestanak country house is in Asara town along the Karaj-Kandovan route in the slopes of Golgileh Mountain in a very beautiful natural landscape. The place has been constructed on a mountain ridge in the proximity of a river with its beautiful natural sceneries. The palace was built upon order by Nassereddin Shah of the Qajar dynasty in 12951298- lunar Hijri. 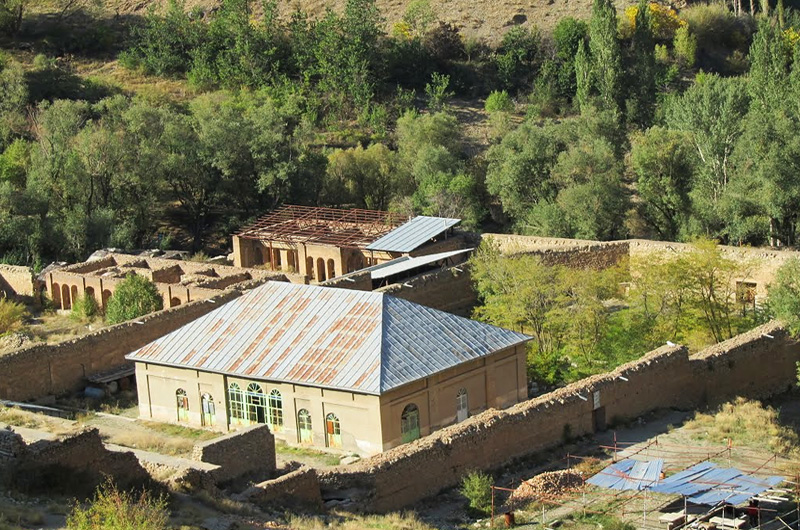 Tulip is a kind of flower (scientific name: Tulipa). Based on some narrations, this flower originally belongs to Iran and Central Asia. Iran plateau and central Alborz region, in particular, is the place of origin for so many plant species including tulip flower. Iranians since the very past consider this flower is included in Haftsin (Iranian table set for Nowruz) as a manifestation of spring, freshness, and hope.

To prove the age-old nature of the tulip flower, one can refer to the story of Siavash being killed by Afrasyab as narrated by Ferdowsi in his valuable collection of poetry or Shahnameh. Based on this story, red tulips grew from the blood drops of Siavash who was a righteous hero. As mentioned by the Dutch in written works, the tulip flower has been taken to Europe from Iran (Persia). The Ottomans provided the envoy of the Austrian king, Carlos Equelose in Constantinople with the flowers bulb approximately received from Iran.

He was a botanist who took care of the Austrian king’s gardens. He planted the flower bulb in the Austrian royal garden and it became famous as a rare flower in the country. The flower was planted only in gardens owned by rich people due to its expensive price. The royal botanist is later invited to the Netherlands in 1593 to offer his researches about the tulip flower.

Tulip becomes famous in the Netherlands and even though the botanist does not make considerable progress in his research the flower is widely planted in the Netherlands. Even though less attention was paid to the flower for a long time and was taken to Europe from its homeland, it received an unprecedented welcome upon returning to its land origin. Gachsar tulip gardens are situated in Garmab village. You can reach this village if you travel a distance of 52 kilometers from Karaj towards Chalus along the Karaj- Kandovan route.

Dizin Ski Resort is 75 kilometers away from Karaj along Karaj / Chalous road and it is just 6 kilometers away from Velayatroud village. The resort was established in 1969 and is well known globally. This is the first Ski resort in Iran and recognized as an international resort for holding official contests by the world Ski federation.

The resort has 3 Telecabine lines, 2 … 23 Ski fields, 7 … and a grass ski field that welcomes the visitor in the different seasons of the year for summer and winter sports. There are training facilities, Tennis and Volleyball fields as well as a playground for children. You will also find grass ski fields and hilltops for climbing. Hiking and horse-riding. There are also 2 hotels, 19 huts, and 5 restaurants. 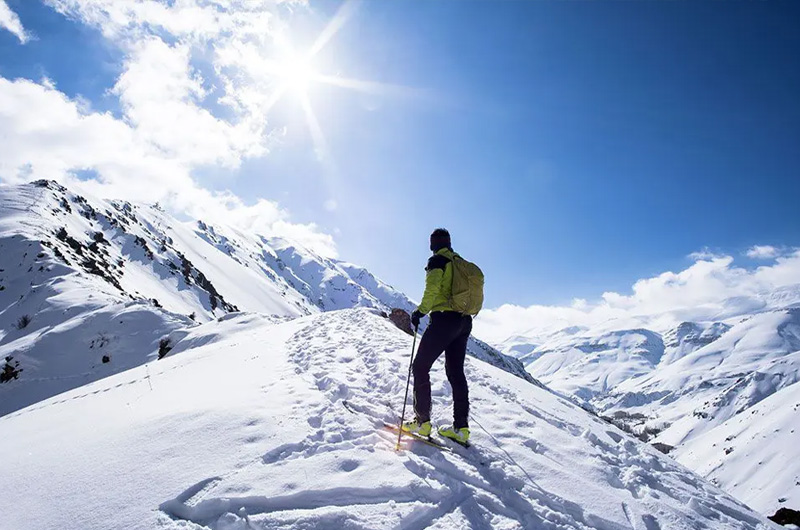 Amir Kabir Dam (Karaj Dam Lake) approximately expands over 4000 hectares and is located in the Varian Gorge at a 23 km distance on Karaj – Chaloos Road. Cool and Pleasant weather is experienced here during the summer season. The lake forms an excellent area for sports such as canoeing, fishing, water skiing, swimming, and gliding.

This Dam was built as a multi-purpose dam to provide tap water for Tehran alongside agricultural development in Karaj. It supplies the irrigation demand of near 50,000 hectares (120,000 acres) of farmland near Karaj. The power plant has been connected to the national electricity network for over 46 years and has a capacity of 90 megawatts. There is a lake behind the dam, which is a tourist attraction while being a natural habitat for rainbow trout. With its sailing and water-skiing facilities, the dam is a popular weekend summer resort. 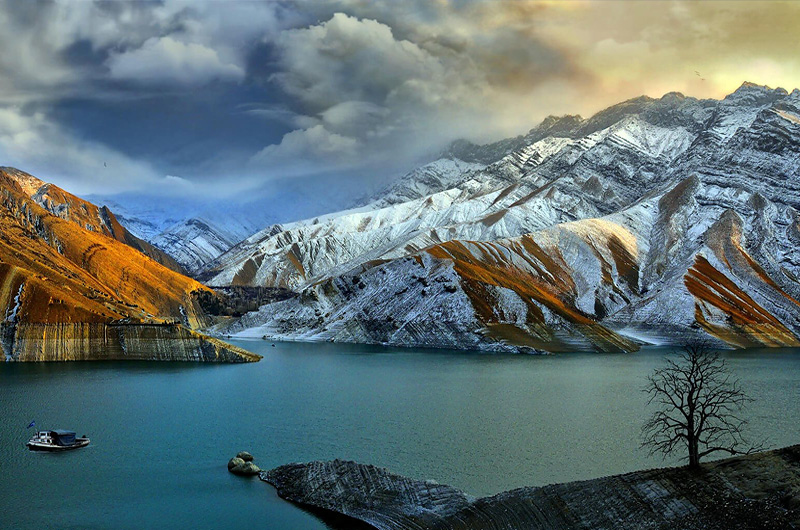 Want to See the Total Solar Eclipse in 2021?

How the Norwegian Air Deals with Its Grounded Long-haul Flights?
Scroll to top