A 91-year-old man was among 10 people who have been arrested while taking part in a protest with climate activists Extinction Rebellion.
The pensioner is in a group of five, which also included an 83-year-old woman, who had broken away from a demonstration near the port of Dover that had been sanctioned by authorities in Kent.
Besides, another five were detained after apparently attempting to superglue themselves to the A20 on the way into town.
Protestors had aimed to blockade Dover to highlight how vulnerable the UK’s food supply is because of the climate crisis.
“As climate change develops, millions of ordinary Britons will face the real and growing threat of food shortages, hunger, and starvation,” Chris Atkins from Extinction Rebellion Dover said:
“Extreme storms and floods are already causing major crop failures across the world, with high temperatures also hitting livestock agriculture.
“This crisis may seem far away now but given the affiliation of the UK on food imports, we are extremely vulnerable. 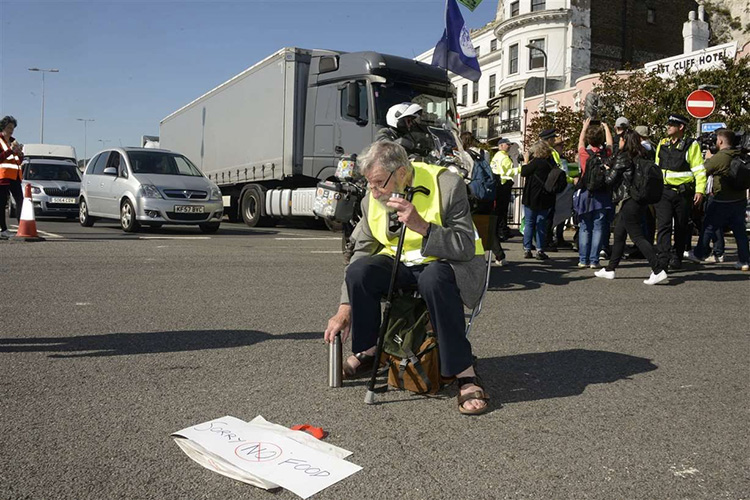 The worst UK airports – and the best ones

The wool market is hotter than gold
Scroll to top