Iran the Land of Cultures

Iran the Land of Cultures

Iran has cultural diversity and is a country build of many diverse ethnic groups, they all have their particular cultural heritage. Once a big empire, Iran has always been a collection of different nationalities with colorful cultural diversity. This cultural variety still exists and has made Iran a multicultural land where people with different languages, dialects, religions, and ways of life live in harmony under one flag. Some of these hospitable friendly groups settle in peripheral parts, but many of them are also spread all over the country.

Armenians and Assyrians in the northwest, the people of Māzandarān and Gīlān in the north by the Caspian Sea with their special ancient ceremonies, Turkmen tribes in the northeast, Baluch tribes in the eastern parts, Kurds and Lors in the western parts, Azarī people in the northeast Arab people in the southwest and many more cultural collectives have made Iran a wonderful, lively land not only for Iranians but also for visitors to experience all these cultural diversities at once in one country called Iran. Most are integrated into Iranian society, participate in ceremonies, politics, and identify with the Iranian nation.

Around the famous salty lake of the town Orūmīyyeh, believed by some to be the birthplace of Zoroaster, live many Armenians and Assyrians. They have kept their ancient rituals and ceremonies like their water festival locally called Vardāvār. If you happen to be there during this festival or other ceremonies like the grape Harvest ceremony, you will experience the cheerfulness of their culture together with thousands of years of history.

Not far away from the foothills of Alborz Mountains, by the shores of the Caspian Sea stands the beautiful province called Gīlan. If you travel through this part you will smell the sea, the rice fields, and the forests. you will see bright colored multilayer dressed women working in rice fields and if you stay as a guest in a traditional timber made a house for a few hours, you will find out why these people are famous for their hospitability. 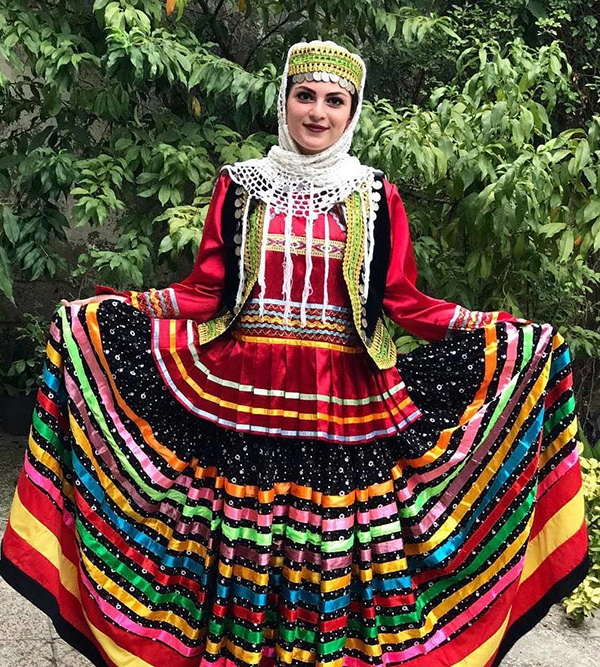 we don’t have to move many miles towards east before reaching Mazandaran Province. we are still by the shores of the Caspian Sea. People here celebrate different occasions with local dance and music. Among these fests, is the celebration of the so-called Deilami or Tabari calendar, or the celebration of the year longest night called Chele night. 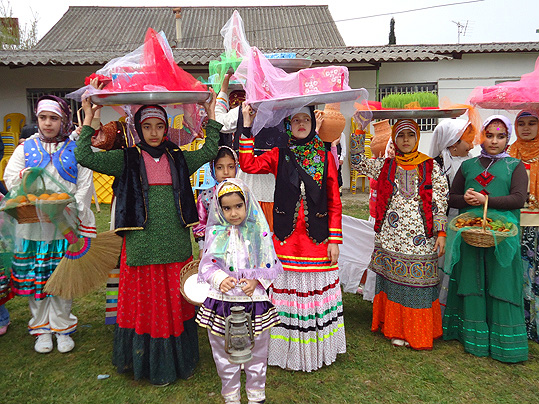 Iranian Turkmen are mainly concentrated in the provinces of North Khorasan and   Golestan. Indeed, Gonbad-e Kavoos is The largest Turkmen city in Iran, followed by Bandar Turkman. Iranian Turkmen are mostly Sunni Muslims. Now we are moving even further east until we reach the province of Golestan.  In the plains of Gorgan, we meet the Turkman people. Folk with a special look and their language, they are famous for their well-trained horses and frequent popular horse races. If you were to visit this province you could find yourself in a traditional bungalow decorated with hand-woven Turkmen carpets. 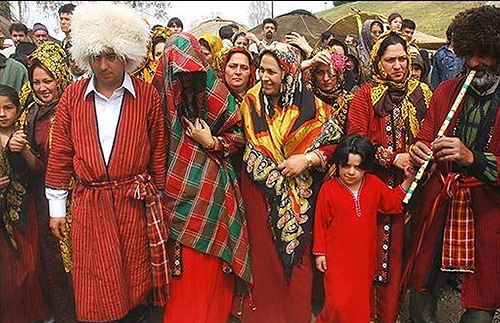 In northwestern parts of the country, from the foothills of the Zagros Mountains up to western borders of Iran, you can see the ancient culture of Azeris, Kurds, Lurs and their sub-tribes, Bakhtiari Laks and Boyer Ahmadi living a nomadic life. They are well known for their prehistoric cultural heritage. All Iranians are familiar with their hospitability and love their vivid group dances.

Almost one out of every four Iranians is Azeri, making it Iran’s largest ethnic minority around eighteen million (some Azeris put the number higher). The Turkic-speaking Azeri community is Shiite and resides mainly in northwest Iran along the border with Azerbaijan (whose inhabitants are more secular than their Azeri cousins in Iran) and in Tehran.

Kurds are mainly Sunni and the Kurds reside predominantly in the northwest part of the country so-called Iranian Kurdistan and comprise around 7 percent of Iran’s population.

In Iran Lur people speak the Luri language and reside parts of the west, southwestern Iran. Most of Lur are Shi’a. They could regard as the fourth largest ethnic group in Iran after the Persians, Azeri, and Kurds. The authority of tribal elders remains a strong influence among the nomadic population. It is not as predominant among the settled urban population. 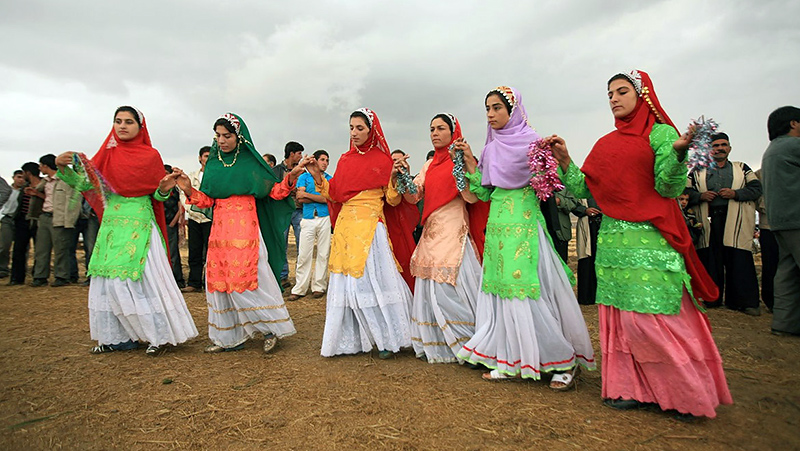 Several thousand years ago and Since ancient times Iranians and Arabs have lived in neighboring areas. During the Sasanian period several large Arab tribes, migrate to the Fertile Crescent and established their pasture grounds on the western fringes of the Persian empire. Several groups of Arabs existence in central Persia including Khorasan which has a large Arab population in the northeast of Iran. In Southern Iran, a group of Arabic speaking Iranians- called Mandai- practicing Abraham religion lives with the big Karun River. They wear their characteristic white clothes in this hot climate. Their main profession is a goldsmith and if you happen to be their guest for a meal, you will certainly enjoy the delicious seafood menu made by locals.

People living by the Persian Gulf are familiar with other world cultures because this place has been an import-export port for goods more than a century. One of their famous ceremonies is a unique ceremony called Zar, they sing and dance to cure illnesses. If you ever find yourself in the Persian Gulf in an old ferry –called Lenj-with an old captain don’t be shy, ask him to sing a traditional song, you will surely enjoy it. 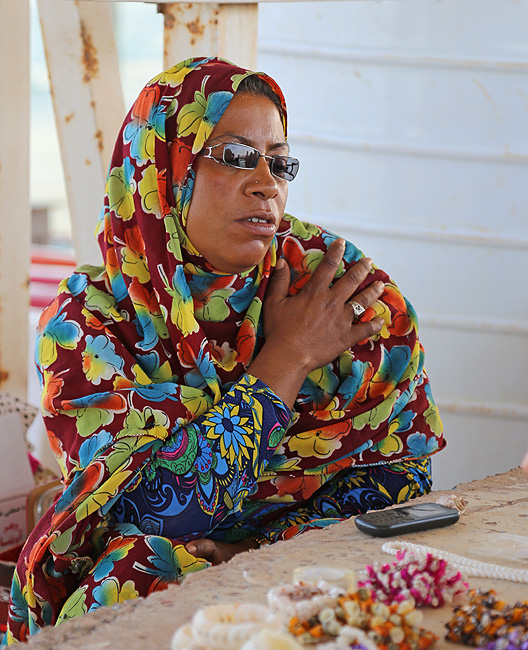 Almost Iran has 1.4 million Baluchis, comprising which is approximately 2 percent of its population. Predominantly Sunni, they reside in Baluchistan, the southeastern province where remains the least developed part of Iran and boasts high unemployment rates. These are wonderful musical people, famous for their special musical instruments, handicrafts, and group dances. women possess a high position in these tribes as mediators between fighting groups or individuals. we welcome you to visit this multicultural land of ours to see, feel and experience all these and much more. 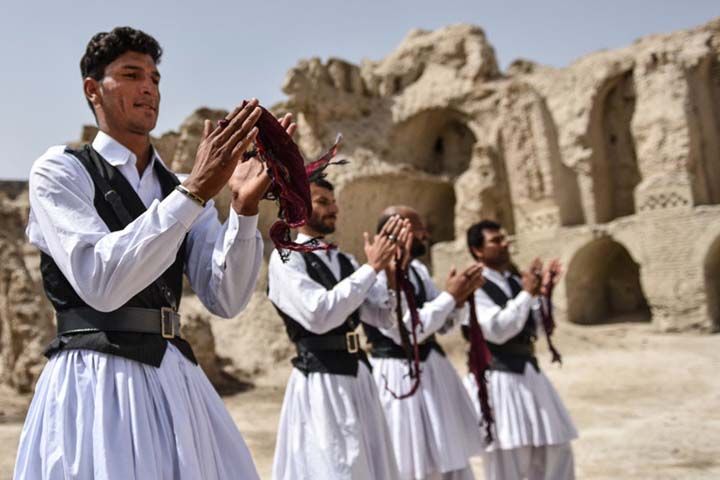 This ethnic (Qashqai people) mostly live in the provinces of Fars, Khuzestan and southern Isfahan, especially around the city of Shiraz in Fars. They speak the Qashqai language which is a member of the Turkic family of languages. This Group were originally nomadic pastoralists and some remain so today. The traditional nomadic Qashqai traveled with their flocks each year from the summer highland pastures north of Shiraz roughly 480 km south to the winter pastures on lower (and warmer) lands near the Persian Gulf, to the southwest of Shiraz.

The Khorasani Turks are Turkic-speaking people reside parts of north-eastern Iran, and in the neighboring regions of Turkmenistan up to beyond the Amu Darya River. They speak the Khorasani Turkic.

Also, Azerbaijanis Turk, are Iranians of Azeri ethnicity who may speak the Azerbaijani language as their first language. Iranian Azerbaijanis are a Turkic-speaking people of Iranian origin. 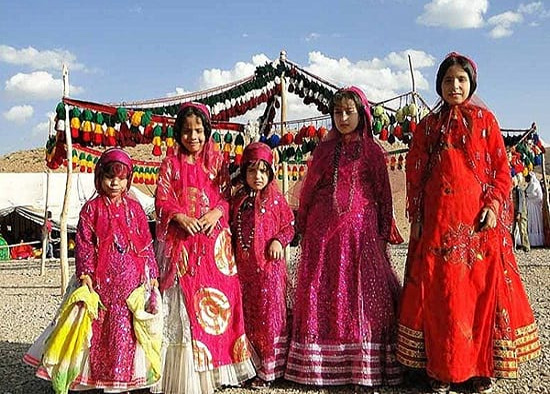