Semnan is one of the largest provinces in the north of the country, which has attracted many tourists with its unique climate diversity.

The language of Semnan, the most indigenous language of this province, is known as an inflexible language so that it accepts foreign words with difficulty.

This language is so different from other Iranian languages ​​such as Mazandarani and Gilaki, etc. That the residence of this province says, we understand these languages ​​without ever learning them. People of Semnan speak a language almost similar to Avestan.

Also, it seems that this province has been giving Iran its presidents since 2005! 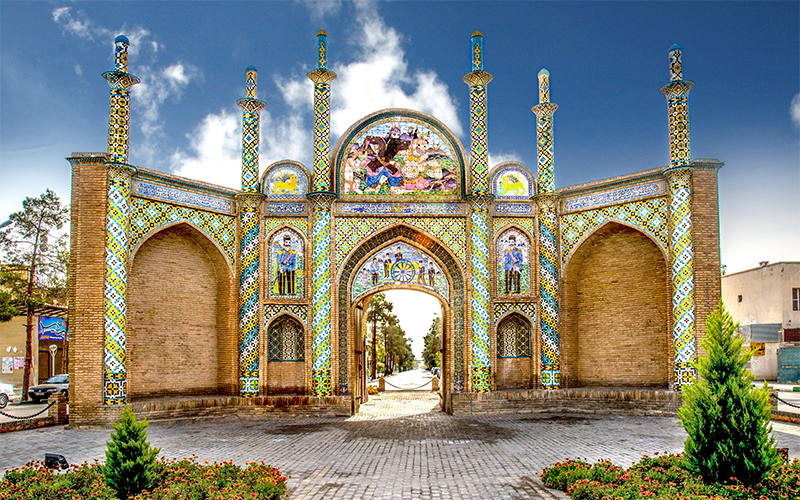 Semnan city is the capital of Semnan province and one of the largest and most populous cities in Iran. This city has a good strategic position, is located 216 km from the capital, has an airport, and is connected to the Tehran-Mashhad national railway.

Semnan was an important and glorious city during the Achaemenid Empire, but the beginning of a more glorious period and prosperity of Semnan was after the Parthian Empire played the game of thrones.

The climate of Semnan is dry and temperate due to its proximity to the desert. The city is hot in summer and cold in winter, and most of the rainfall occurs during the cold seasons.

Semnan has been the space center of Iran since the beginning of 1971. The Aerospace Industries Organization has built two air and space bases 45 and 80 km southeast of Semnan, where the Safir Omid satellite and other satellites and long-range missiles will be launched from this base and center.

Historical monuments from different eras have been left in this city. The gate of Semnan Citadel is one of these buildings that date back to the Qajar period. Semnan Grand Mosque, Traditional Bazaar, Imam Mosque, Pachenar Castle, Government House, and Hazrat Bath are other old monuments of this city.

In the south of Semnan, areas such as the Dasht-e Kavir and Rig-e Jen are the most important geographical features. 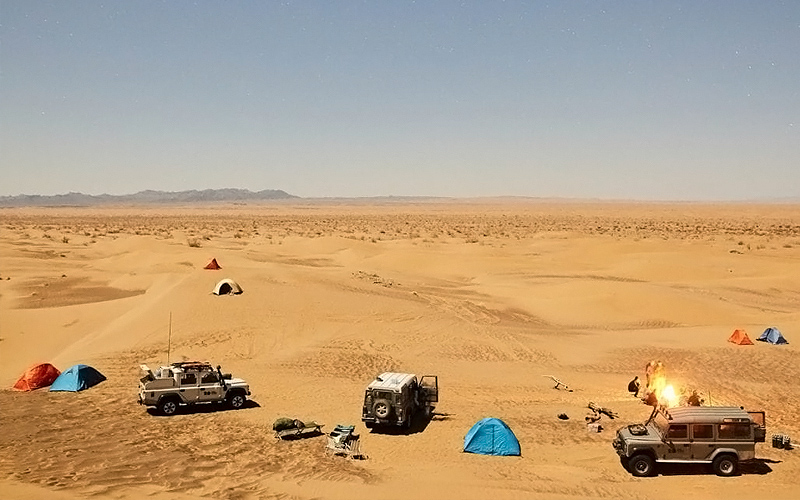 It is better to say in this paragraph that the city of Semnan will not keep you busy for a long time. Although Semnan is the center of the province, it has cities such as Damghan (Hecatompylos), Shahrud, and Bastam, each of which has its world.

Semnan province, however, is the center of production of the best ceramics in Iran. The high quality of these ceramics originates from the province’s background in pottery.

One of the most important and oldest human handicrafts is pottery, which, unlike metal objects, wood, etc., does not rot and provides us with useful information from the past. The pottery industry in Semnan province has a valid history.

While digging around Damghan, archaeologists hoped to discover the legendary city of Hekatompylos or the City of a Hundred Gates. One of the collections found in the city of Damghan, including large jars in geometric shapes with light brown and cream glaze, dates back to two to three thousand years BC.

This art, with all the ups and downs that it has gone through throughout history, has been able to survive and today it has reached its peak of prosperity in the cities of Semnan and Shahrud.

Iran has always been famous for its pistachios and the fame of these pistachios has caused this Persian (Pesteh) word to enter other languages. One of the pistachio production centers in Damghan.

Due to suitable climatic conditions, high-quality pistachios are harvested in Damghan. Pistachio production in an old industry. Simultaneously with the pistachio harvest season, i.e. from early August to late October, in addition to the city, on the roads leading to Damghan, this export product is offered to passengers fresh and dry during the rest of the year.

Tarikhaneh Historical Mosque in Damghan is a complete example of early Islamic mosques in Iran.

According to archeological researches after Fahraj Mosque (in Yazd) which is the oldest mosque in Iran and belongs to the first century AH, in terms of antiquity Tarikhaneh Mosque is the second oldest mosque.

Some believe that this mosque used to be a fire temple and after the Arab domination, it was called Nari (the fire) Khaneh (home, place) and then it became known as Tarikhaneh. But in linguistics, words do not change that simply.

Shahrud gives people the opportunity to know Iran as “the Land of Four Seasons.”

It is time for all of us to forget the idea of ​​Semnan province laying in a desert and get acquainted with its unique nature.

The beautiful and spectacular cloud forest (Jangal-e Abr) is one of the oldest Hyrcanian forests on earth. The Hyrcanian forests are millions of years old and date back to the Jurassic, the third geological period. So it may be hard to believe, but we have the opportunity to see 40-million-year-old forests in Shahrud. This part of the Shahrud forest is called the “cloud forest”. 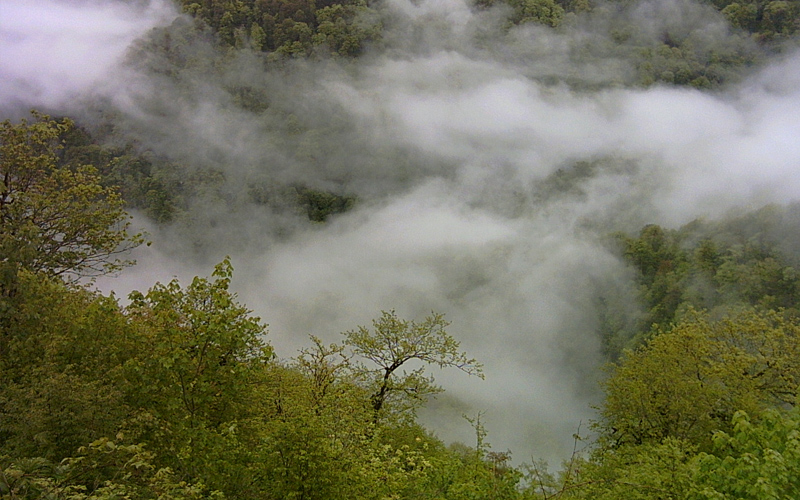 The clouds behind the Alborz mountain range in this district flow south through the valleys; Being located in two low-pressure and high-pressure causes the clouds to move. So you are standing on the surface of a mountain, but the clouds are embracing you, meaning that you could touch the sky as simply as that.

A little beyond Shahrud is Miami. You read Miami correctly! In Iran and not in the United States. The Kalpush Plain of Miami (well the actual Persian dictation is Meyami) is an anemone and the sunflower Plain, which is world-famous.

Sunflower is one of the important agricultural products of Kalposh plain and if you travel to this area around September, you will be surprised to see a large number of sunflower fields.

Bastam has a fame for its world-known Sufi, Bayazid Bastami. The tomb of these Sufis is always a relaxing and pleasant place for tourists.

Bastam is located 6 km northeast of Shahrud on the Shahrud-Azadshahr road; Bayazid Bastami, AKA as Sultan al-Arifin, is the greatest Sufi of the third century. His tomb is now a shrine for many domestic and foreign tourists.

As expected, the shrine of Bayazid is simple and unpretentious in the middle of these buildings, domes, minarets, and small and large mosques of the patriarchal and Seljuk eras. Plain marble forms all the decorations of this tomb. On this stone, a part of Imam Ali’s prayers is written in beautiful handwriting, and next to this tombstone, there are two empty rooms, which seem to have been the place of worship of Bayazid and his monastery. 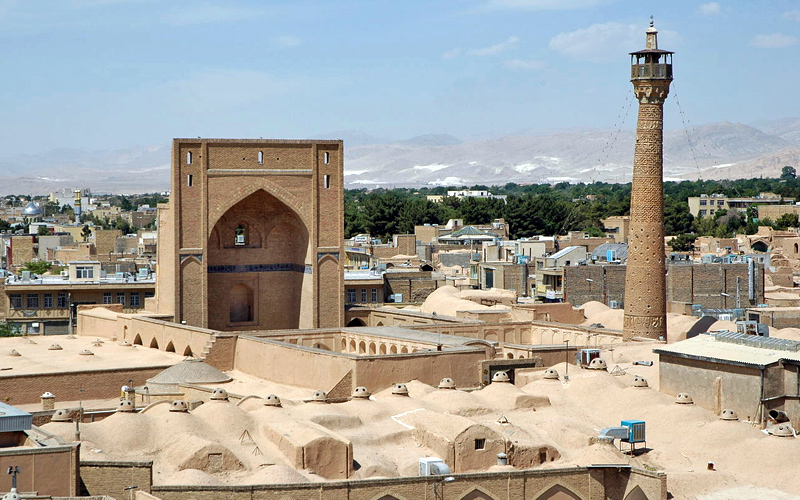