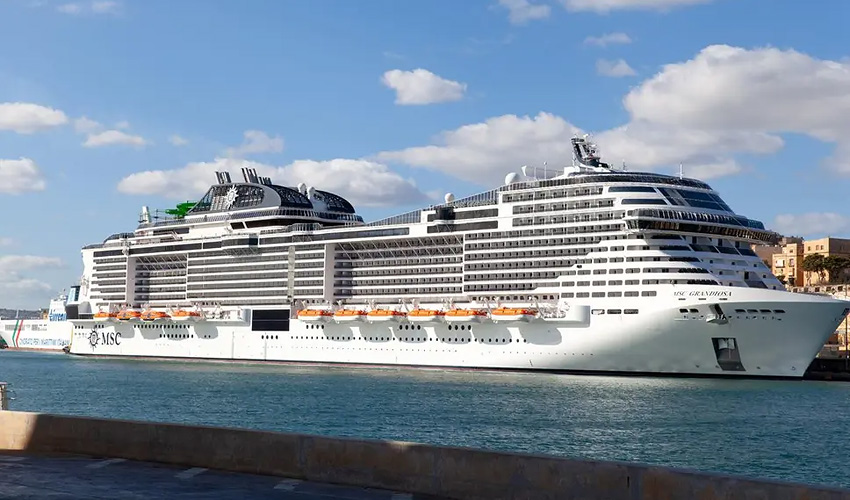 MSC Cruises became the first major cruise line to restart sailing in the Mediterranean since the official quarantine in March. When the Coronavirus pandemic spread, it halted cruising operations all over the world.
The rules of health and safety protection against this contagion disease were just put on the action when a family aboard the first sailing ship in August. Reporters have brought back that the family had been kicked off the cruise in the middle of a seven-night voyage out of Genoa, which stops at several Italian ports before concluding in Valletta, Malta.
These unnamed guests were apparently on a ship-sponsored shore excursion when they decided to go off alone to explore the city and separate the group. This was the error in judgment that caused them the rest of their cruise tripe.
To safely begin sailing again, the cruise line has implemented a myriad of COVID19 precautionary measures. Guests are not allowed to disembark at ports unless they’re participating in a guided shore and remain with the group at all times.
“By departing from the organized shore excursion, this family broke from the “social bubble” created for them and all other guests, and therefore could not be permitted to re-board the ship. In the short version, they got their selves exposed to an area, the cruise line was not sure of its immunity, and by that, they put everyone at risk” Confirmed the head of the Cruise line.
This Cruise line also noted that after so many meetings with the department of controlling disease, its present excursion programs are designed to execute the social distancing rule. The tour buses they use are thoroughly sanitized, with drivers and local guides required to undergo health screenings and do personal protective precautions.