Ahvaz is located in the south-west of Iran. It is the capital of Khuzestan, bordering Iraq and the Persian Gulf. Dating back to the Achaemenid era with amazing monuments. Karun the longest and the largest river by discharge volume of water in Iran passes by the middle of Ahvaz. It is the only navigable river in the country. Persians, Lurs, Arabs reside in the province.

There are some bridges over the Karun river. The most important and beautiful one is the white bridge or suspension bridge, which is one of the symbols of Ahvaz. The bridge was built in 1937 by a German Couple, it is one of the attractions of Ahvaz, which gives a special beauty to the city.

It lies about 30km south-east of Susa. This Ziggurat is nearly 3500 years old. In fact, this building was made by the order of the Elamite king, an Elamite city named Dur-Untash. It is the first Iranian site to be inscribed on the UNESCO World Heritage List.

The town of Susa is located at 121km north-west of Ahvaz. This old city has been the center of ancient civilization, and one of the most famous cities in the world. The capital of the several thousand years of the Elamite kingdom as well as the Achaemenid Empire as the winter capital. Apadana terrace of Darius the Great tomb of the prophet Daniel, Morgan Castle, are distinctive attractions of Susa.

The town is located 90km north of Ahvaz. One of the most important attractions is Shushtar waterfalls and watermills complex, the UNESCO World Heritage site. Jane Dieulafoy the French archeologist in her travelogue has mentioned this place as the greatest industrial complex before the industrial revolution.

It is one of the largest wetlands in Iran which is situated in the south of Shdegan city in Khuzestan province. One of the unique features of this wetland, having Saltwater, freshwater and brackish water, is also a good place for migratory birds due to its biodiversity. 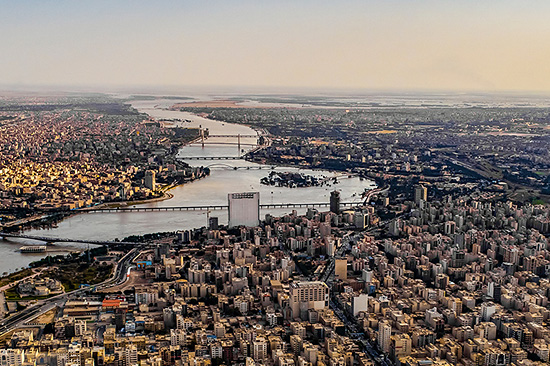