Zanjan is a whole other matter to wire about, let alone visit it. I’ve only passed through this city, lingered only to have a break from the long road trip I had. There were still miles to go and promises to keep so I couldn’t stay long.

The thing is, Zanjan, the city is not that very famous, not that very popular or well known. However, everyone knows it carries one of the great UNESCO World Heritage sites.

Other than that, Zanjan is made a name for itself out of making knives. I mean if you ever gather around with your besties and start asking “well, where could we go and get our hands on some good quality, sharp, and artistic knives?” that place would be Zanjan.

A small city, right next to a very busy highway, embracing a world-known historical site with knives, should we answer to its tempting invitation? I decided to say yes. After all, who knew whenever would I come back or have the chance again and yet there is a saying that “In the end, what we regret most, are the things we did not do, not the ones we did.” 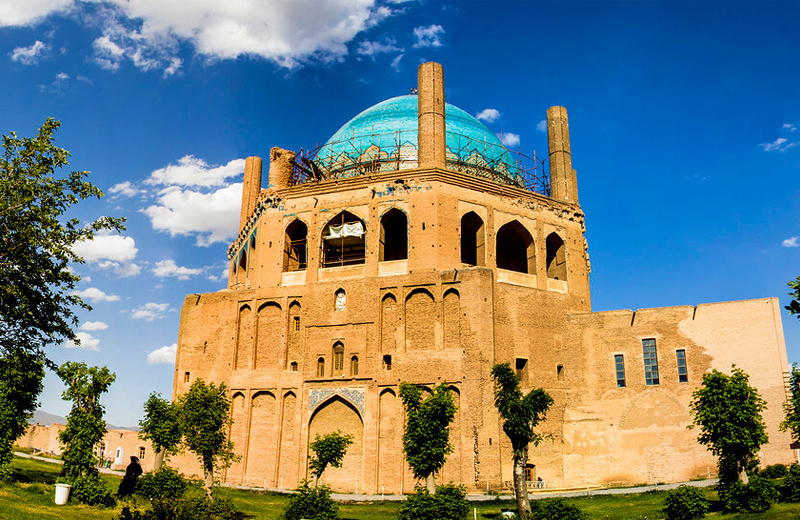 As a historian, I was well aware that everything in Zanjan begins and ends with the main central square. Most people speak Turkish or Azeri in that area. The lifestyle, how people look at you, talk with one another, do business, what they wear and even the way they walk… was all simple. Simple, sweet, and there was something honest and comforting in that.

I did not feel like a stranger at all. It was I was already home though we looked different from the outside and did not even speak the same language. There was this clarity in the sky like pollution could not reach it. Or maybe that day was just so windy that no grey or dusty air was visible. The sky was a perfect blue.

As mentioned above Zanjan has a reputation for its magnificent brick dome, knives, and two other things. One is yet another handicraft which the people of Zanjan have a master’s degree in it Repoussé metalwork on copper:

Once upon a time, when using silver and gold for utensils was prohibited, people had to craft their stuff out of another material. Copper came to the rescue, as it was malleable.

By the time that Seljuks took over Iran, Zanjan became a huge center of coppersmithing. This skill started to grow and created not only utensils for kitchen and bathing usages but also very fine masterpieces. Sultan Oljaito, an Ilkhanid king, thought of Zanjan’s coppersmiths enough credit, and soon their crafts became a merchant’s favorite trading product. 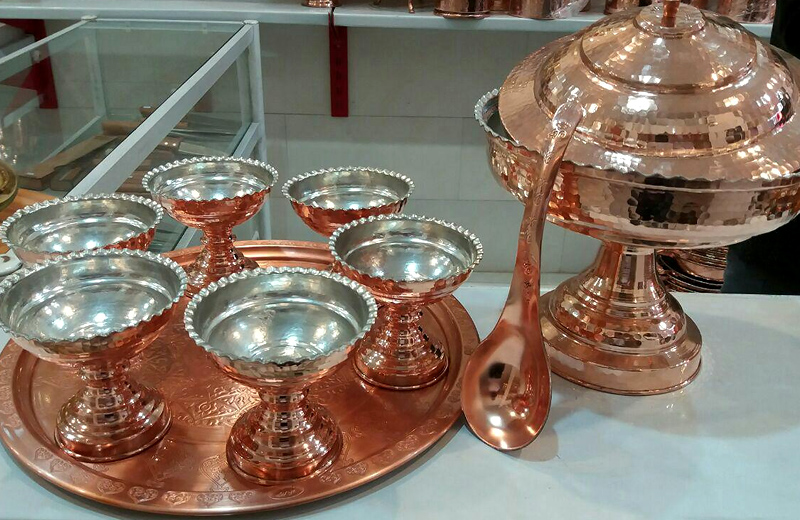 Unfortunately, only 25 coppersmiths remain today who do justice to the legendary coppersmithing heritage and reputation Zanjan had.

This artistic soul enables people to turn metal into a masterpiece and it did not end with just copper.

Knife crafting in Zanjan, which is made with special skill by the masters of this industry is famous for its features such as elegance, fitness, variety, cutting power, and electric plating of the blade.

In the past, when war and direct combat were inseparable from life and it could have been expected to happen at any time, most men and in some cases, women, knew the art of fencing.

Zanjan started actually as a weapon forge. Many swords and blades were made elegantly. Then, when the fighting time was over these blades turned into various shapes of knives.

The raw material for knife-making is mainly iron. The handle of the knife is made of deer antler, oyster, wood, fiber, or ivory. Zanjan knife makers usually engrave their names on the blade of a knife.

In general, knives in this area can be divided into simple and compound categories in terms of shape and parts.

Knives and things made out of copper could be good souvenirs yes! However, Zanjan does not stop there.

There, lives an intangible heritage when they mourn Muharram, especially Tasu’a and Ashura (Muharram 9th and 10th). The way they show respect and still greave the murder of Imam Husain is very touching. 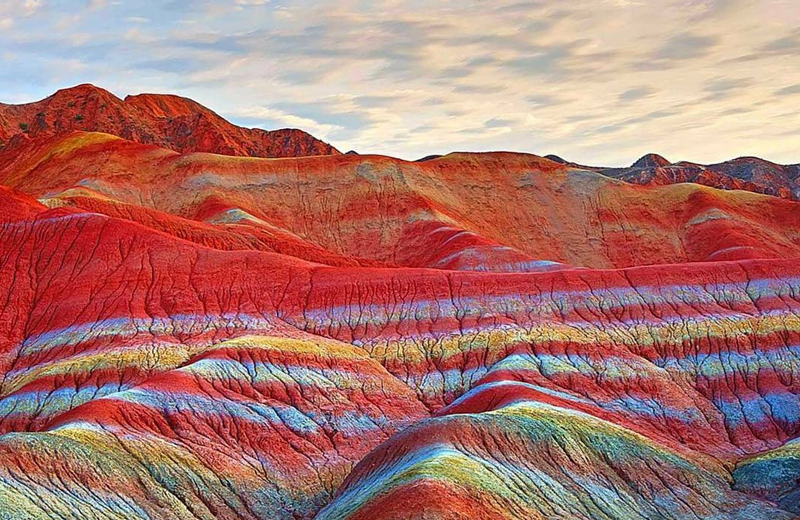 I asked about this ceremony. I asked about it from the old shopkeepers around the square, and all of them spoke about it as it was happening right before their eyes. One very old grandma heard us and said “It is not something to talk about, come back for Muharram. Your eyes will help your soul to believe. It’s a pain any human should carry to remember. To remember to stand and fight for the truth no matter the consequences.”

Impressed by what she told me I started to walk into the Bazaar. Everything was so simple it made me jealous of how free they must feel, how unattached to anything of this world fuss. It was a place to cast your concerns aside.

There were other places too but the dome was so inviting.

However, I am not going to marvel at this site. There is a full documentary, intuitive, and thrilling article about Soltaniyeh on our website. The impressive label of being one of the world’s “largest brick domes” has given the dome of Soltaniyeh the fame it deserves. But really, something beyond the amazing skill of the architects of the Ilkhanate era has kept Soltaniyeh standing so mighty today.

As to how Zanjan looked from the outside, the dome -though more wonderful in appearance- has this deep story behind it too.

If, however, you are planning to visit Zanjan you must know that its nature overcomes its historical sites or handicrafts.

Zanjan has many caves, Katale Khor is the fairest of them all. It is considered to be one of the most beautiful natural phenomena in Iran. The cave consists of three floors and has side tunnels, stalactites, stalagmites, and many columns in the main passages. At some points there is no daylight, there is just darkness. Like this, you go down deeper, as this darkness descends, think of your ancestors who lived in caves. Think of our first homes.

When I look back at my journeys, look back at every trip and travel I made, alone or with my “besties”, I consider Zanjan as one of the most unexpected experiences. There are only a few places you could find real peace and Zanjan was one of them.